A social networking site is an online platform which people use to build social networks or social relationships with other people who share similar personal or career interests, activities, background or real life connections.

Today, using social networking sites is becoming for many people, especially for the new generation like me, a daily activity. Through them, we can make friends with people from all around the world, sharing their cultures and learn about the other ones.

So, in my opinion, there are many positive things about social networking sites: I think it’s good not only for people who are too shy to make friends, but also to stay in touch with friends met on internet or face to face, and with relatives who live far away from us.

In my personal experience, for example, I’ve met people from many different countries thanks to EF, so I’ll surely keep in contact with them when I go back to my country, and that’s only thanks to social networking sites, such as Whatsapp, Instagram and Facebook.

But, of course, there are also some negative things to keep in mind. For example, when you meet a person on Internet, she might not be who she says she is, so you might be the victim of antisocial behaviour or bullying. Another negative thing, but less important in my opinion because it all depends on you, is about the time spent on networking sites that might interfere with work or studies.

In conclusion, I think social networking sites are a very good way to make friends and keep in contact with them, but at the same time we have to be careful knowing all the risks. 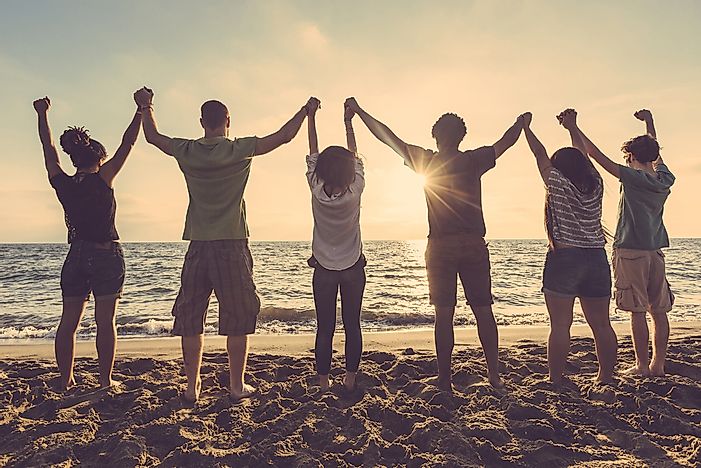