The earth was formed 4.5 billion years ago. It is the third planet from the sun. Now the number of humans living on earth average 7.5 billion. That means that 7.5 billion brains could figure out a viable solution to quit our planet before. But how can we? Elon Musk is possibly an example.

Most of us have known that our sun will explode in 4.5 billion years and will destroy our planet, but there are a lot of other possibilities that could kill us that are not very well known.

As you can see in this documentary, the end of our planet could happen from a nuclear holocaust, a genetically engineered disease, a resource depletion, a huge disaster caused by a physical and scientific experiment, a deadly asteroid impact, methane bursts from the seabed, the creation of a black hole by the scientists or at least a super-volcanic eruption.

Elon Musk is one of the most famous entrepreneurs and engineers on this earth. He is the founder of and very involved in SpaceX, Tesla Inc, Neuralink, the Boring Company, OpenAI and Paypal. He definitely has no limits.

This man is motivated by goals in his life. He wishes to establish a human colony on Mars in order to reduce the risk of the human extinction. Also, he is trying to fight against the global warming through sustainable energy production.

At least this man understood the human mission which is to keep humanity alive.

Elon Musk not only has dreams, he is also a businessman. Why is he so famous nowadays? Elon Musk knows how create value and how to invest each dollar earned again into another company. He creates business value cycles in order to reach his goals. He is a great example to follow.

To conclude, I think we do need more creative and determined people like Elon Musk. This real example gives inspiration to others and fits well with the very famous quote from Oscar Wilde,  “always aim for the moon to reach the stars.”

Do you ever feel you can’t control what is about to happen in the future? That’s how many parents feel if their child is diagnosed with Diffuse Instrinsic Pontine Glioma ( DIPG).

Most of the people in the world have never heard of this type of cancer, so what is DIPG?

DIPG is a highly aggressive and difficult to treat brain cancer. Most likely children between the age 1- 14 are diagnosed. The cancer is located in the base of the brain, more specifically the brain-stem (Pons). The pons is located in the middle of the brain and is one of the most important parts. It is responsible for breathing, sleeping, blood pressure and many more. 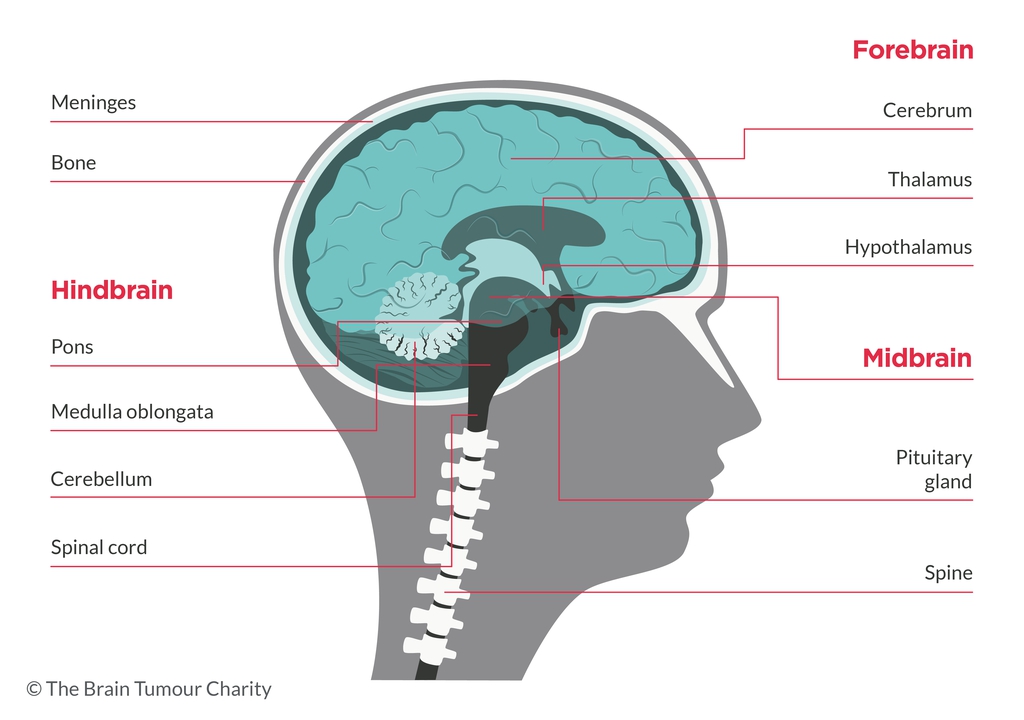 Many other cancers are influenced and caused  by the environment such as smoking, drinking, drug abuse, radiation and inherited genes from their parents, but there is no link or connection to either one of them to DIPG. There is nothing that parents could have changed. New studies have shown that the brain cancer is connected to the brain development, which suggested that the disease process may be influenced by particular cells that are present in the highest concentrations while the brain is growing and developing. That could also explain why only children get DIPG and not adults. There is not a lot of research yet, so nobody knows what exactly causes the brain tumor.

What are the symptoms?

The tumor is growing really fast, so the symptoms are appearing all of a sudden and get worse really quickly. The tumor is growing in the brainstem and is growing really fast. Because of the location in the middle of the brain, children usually have problems at the beginning with the face muscle and also with the eye movement. Later, one side of the face drops. Children also experience bad headache and vomiting. They have problems chewing, swallowing, and get hearing problems, many children also become deaf.  After a time, the tumor causes limb weakness, difficulty standing or walking, abnormal gaits and unbalanced limb movements.

Is there a treatment or even a cure?

Doctors can not remove the brain tumor with surgery and there are two reasons. Reason number one is because the pons is located in the middle of the brain. A surgeon could not get to the tumor without damaging the surrounding brain. Damaging the neighboring area could be even more fatal, and would cause neurological damage. The second reason is that, even if the doctor is able to surgically remove the tumor, it would return soon. The reason for that is that the tumor is not a solid tumor, which is a big or small mass of cancer cells which can be removed easily. A DIPG tumor spreads between the healthy brain mass, so it is impossible to remove all of the cancer cells and not damage the healthy part of the brain. The tumor would return immediately.

Radiation helps many DIPG patients. It lets the tumor shrink a little and makes the patients feel more comfortable. Many symptoms are not as bad as they could be. But radiation is not strong enough, so the tumor is grows back within month.

In the past years many DIPG patients have  tried different kinds of chemotherapy, sometimes alone or sometimes with other drugs, but not one of them has shown any benefit for survival.

Are there any survivors and what is the long-therm outlook?

The advanced medicine has done nothing for the children with DIPG. There has been no change since 1960. A child diagnosed with DIPG gets the same treatment/prognosis as he would have 60 years ago. There is no chance of survival. Some other cancers had a survival chance of 10 % in 1960, but nowadays they have a survival rate of 90% (Wilms tumor) so the survival rate improved by 80 %, which is amazing. Children who get diagnosed with DIPG die usually nine month after the prognosis. In some cases, they survived two years, but it depends how advanced the tumor is. Just 5% survive for five years. No one who has been diagnosed with DIPG has ever survived. The long-therm outlook is to make them feel as comfortable as possible. This type of cancer should get more attention and there should be more test and research to help many families and children in the future.

I choose this subject to bring more awareness about this specific brain cancer and that everyone should be happy to be healthy and alive:)

What would be your reaction if I told you that the world around you is just a complex, simultaneous, processed hallucination controlled by your brain? At first, you will probably think that it is a jocular deceit or maybe a test of your knowledge. “How could it be possible” you will wonder, “that what I see may not be compatible with what the world can actually be like?”

The “sense- data” theory of perception is the most commonly known, although nowadays it is believed to be rather ‘naive’. It assumes that the way of our observation comes directly from a hierarchical system, similar to one in electronic devices like cameras. Its trail starts when light reaches our eyes, then it is converted into electrical signals, due to the cells of the retina, which encode the image. The image is sent along the optic nerve to the neural cortex which is responsible for reconstruction of visual elements. Parts of the completed image are delivered to the mind as a whole picture. Lastly,  the conscious mind tries to interpret the image.

The problem with the ‘naive’ perceptional system is simple to explain. Normally, when you see something, it is already categorized as a ‘ready to see object’ which must have been previously interpreted. So, it means that a ‘normal’ perception is an act of interpretation of our world, an attempt to figure out what the object is or is not by oueselves. The conclusion is that perception is just a process of best-guessing or inference.

Given these facts, the next step to get closer to understanding this problem is to take into consideration the direction of perception. Does it come from inside out or outside in, or maybe both answers are true? Anil Seth and Andy Clark, the authors of the newest perceptional theory, claim that perception happens as much from the “inside out” as the “outside in.” The human brain does not try to neutrally analyze sensory data; it checks if the data matches its expectations in order to develop a picture that slots in its already created world. “Your brain tries to guess what’s out there,” said Clark, and “to the extent that the guess matches or…explains away the evolving sensory data, you get to perceive the world.”

Seth and Clark validate their theory by referring to several experiments and neurological studies. The simplest ones are based on “what we hear, see and feel”. In the link below you can check them yourself:

For example, during his speech, Clark played a short audio file of a woman’s voice, which had been deliberately garbled through sine-wave distortion to make it difficult to understand. Then, the audience heard the original recording and once again the disturbed one, which they perfectly understood this time. That short experiment shows that the process of how the human brain can actively match its expectation with sensory data.

A fresh, modern and changed look at our perception has the potential to bring the world many opportunities for more profound comprehension of problems that are our everyday struggles. Many diseases such as schizophrenia or depression can be better understood and treated when people start to think differently.

Furthermore, if you give this idea a try, you will see yourself not as a single entity of consciousness, but realize that in our world there is much more than only one possible way of being and perceiving.

“We’re all hallucinating all the time; when we agree about our hallucinations, we call it “reality”.”
— Anil Seth

The success of ‘Brown adipose tissue’ transplantation of fat

To lose weight, we have to decrease the amount of food eaten or use more calories than before. Doing a restricted diet and exercise at the same time is the most ideal way, but also the most difficult way. So some people try to lessen food consumption too much or stop eating, but these approaches cause side-effects, such as yo-yo weight loss. In many markets, there are thousands of products that say “I can make you slim,” but there is no scientifically supporting evidence ,or the products have a little effect.

So scientists are studying new ideas to develop more effective and convenient ways to lose weight. Kevin Tharp and his colleagues at California University insisted ‘Brown fat tissue’ can be the way in a thesis about diabetes. This can sound weird, but it is fully supported. In animal fat tissue, there is ‘brown adipose tissue’ that can be changed into heat when consumed and normal ‘white adipose tissue’ that preserves energy in a form of fat that we commonly know.

‘Brown adipose tissue’ is usually abundant shortly after new-born animals because it has to maintain the body temperature of the young animals. The animals that hibernate during winter also hold a large amount of brown adipose tissue in their bodies to protect themselves against freezing to death. It is adipose tissue, but it makes your body consume energy so it brings out weight loss after all.

A is the part injected, B is normal part

So, the researchers are expecting that this new study will allow people with diabetes or obesity to control their blood sugar and weight, but it is still a long way off to realize because there can be side effects in inserting stem cells or increasing body temperature over time.