It was the oldest museum in Brasil and it was devastated by the fires of the night of 2nd of September.

All of the countries in the world are devastated with this news because this museum had in its possession a lot of invaluable artwork. it s cultural tragedy.

During all of the night the firefighters  tried to stop the fire and tried to save what they could. The cause of the fire is still not determined to this day. 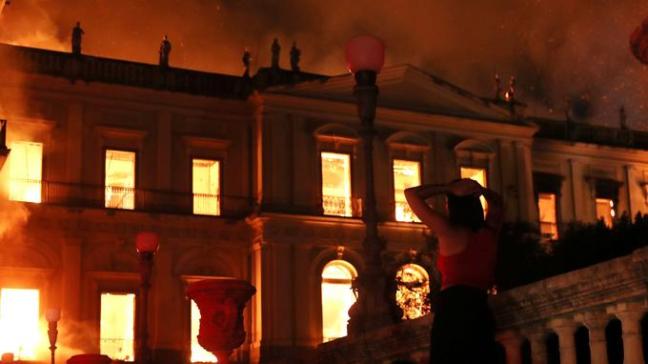 Some artwork could be saved on the 3d floor because they were conserved in a chest. but it is nothing compared to everything that was burned.

The government is guilty for what happened of this museum because they  have decided to  reduce the budget costs for the arts.

The museum did not have a fire door and fire extinguisher and the smoke detector didn’t work, too.

And three months ago the museum received 21.7 millions of reais (4.45 millions dollars) but they didn’ t use this to maintain the building.

More than 500 students gathered in front of the museum the night of the fire with black clothes to say goodbye and to pay tribute to this invaluable loss.

One thought on “The Fire of the Arts Museum in Brasil”