I was born and raised in Japan. The person whom I  most respect is my mother. In my childhood, I’ve seen a lot of times that my mother suffered from a typical Japanese society system that women have to be in. So in this article I want to talk about Japanese women’s rights.

First of all , I think Japanese women’s rights are not same as those in other countries. The World Economic Forum published The Global Gender Gap Report in 2017 and Japan ranked at 114 place out of 144 countries.It obviously shows us that women have to be in trying circumstances in Japan. One of the reasons the rights of women are not good in Japan is there are very few  women politicians in the Japanese government. It makes women live under difficult situations, because the Japanese governments doesn’t have good support for women which help to raise children or in work circumstances.

In usual life, women are in unhelpful situation. For example in a company, many women are supposed to quit their jobs when they get married or become pregnant. The reason why it happens is most everyone thinks that women have to do chores and stay at home. Furthermore, it means that men can’t stay at home and they should work. So for instance, when a couple has a baby , men can’t have family leave to take care of their child. Moreover, after women give birth to a child ,many women will have to take care of  the baby alone. So it often makes women  as physically and mentally exhausted. In addition, once they quit their jobs because of marriage or pregnancy, it’s really difficult to find a new job. Many companies are not inclined to hire women who have children, because sometimes children have a cold suddenly or can get sick easily. In addition , there are not enough nursery schools in most of cities in Japan. It means mothers have to stay at home and can’t work until they find  a nursery school. The children can’t enter nursery school because of the nursery  school is at capacity are called waiting child. It has become to be really serious problem recently. Many women need the government to change ,but they still have not changed this situation.

In a very fundamental part of our lives prejudice  between women and men is also a problem. However, I  think these things are too common to say it’s a discrimination, because people say biased things without any hesitation. Even women often don’t care . On the other hand, some experts say if you don’t change these small biases , society may not be healthy forever. Thus, we should care much more about small biases. For instance , many men say women must be good at cooking and this is really important. Sometimes people speak that the value of women is decided by their cooking skills. They think women are supposed to cook for men. In addition, when women are pregnant unexpectedly and unfortunately many men don’t take responsibility and women suffer alone.  Furthermore, when some fathers are helpful  at chores and raising children, people praise them like that’s an incredibly great things. I hope people can say it’s normal that both the father and the mother do housework and take care of their child together . Above all, the important things is trying to treat women and men the same sincerely. 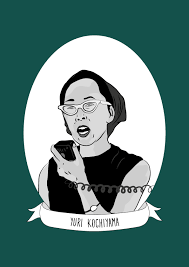 As you can see , we have a lot of problems about the circumstances of Japanese women’s lives. What we need to do is to become aware of  natural biases that we have without any doubt and try changing our society. Unfortunately, activities about women’s rights are much less than other developed countries, such as Europe or America because most Japanese people are not concerned about women’s rights.  In my opinion, these actives will also make society very diverse and it helps men’s lives to be better,too. No matter if you are a man or woman ,anyone can be whoever you want to be. I hope women and men can be equal in the future and for this goal, we should start changing our awareness about our lives.