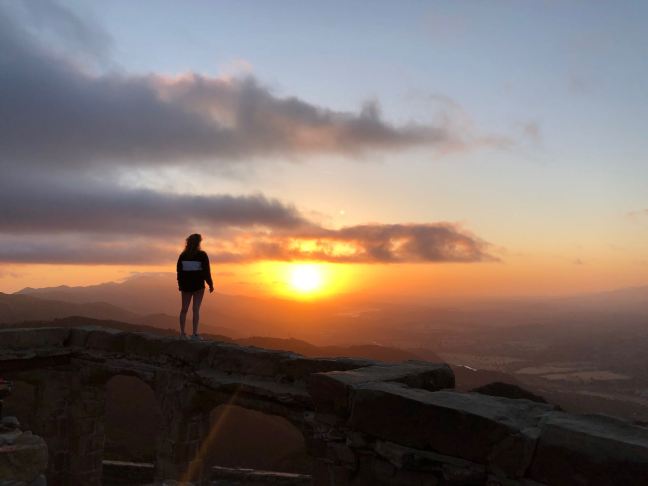 The name of the place is Knapp’s Castle in Santa Barbara. Knapp’s Castle is a privately-owned landmark ruined mansion in the Santa Ynez Mountains near Santa Barbara. Located near East Camino Cielo in the Los Padres National Forest, the ridge-top site has a panoramic view of Lake Cachuma and the Santa Ynez Valley. It is a popular destination for photographers and hikers.

George Owen Knapp, founder of Union Carbide, built Knapp’s Castle in 1916. In 1940, Frances Holden bought the property and invited her friend, world famous opera singer Lotte Lehmann, to move in. The mansion was destroyed  by a forest fire only five weeks later, and now only the massive sandstone foundations, fireplace pillars and walls of the original seven structures remain intact. The parcel is still privately owned, but open to the public.

This is not my video but here you can see what Knapp’s Castle looks like:

A lot of people go there and see the sunset. You have a beautiful view and amazing pictures. It is a place where you need to go. You need to climb on the walls to take the nice pictures like the one below. You can see here the pictures I took when I was there:

If you want to go to Knapp’s Castle, you need to go by car. It’s a road to the mountains that is too long to walk. You need to park your car next to the road and walk the last part. My advice is to have warm clothes with you because it could be cold on the top of the mountain with a lot of wind. 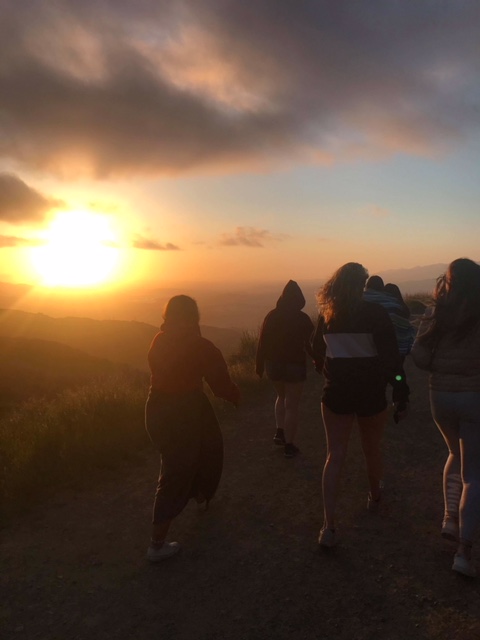