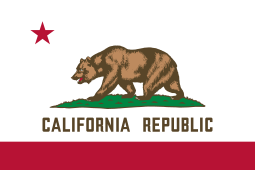 A lot of people in the United States of America don’t eat healthily, there is a huge percent of obesity in this country. But one state is different from the others : California. A lot of Californian people want to have a perfect body and for that they eat healthy food. I have also to say that being healthy is not just to eat healthy and to do sport, no, it’s almost like a philosophy of life.

Wednesday, the 21 of February, I went to State Street and to the EF school to ask people four questions. I talked with three persons : Dan, an EF student; Jessica, a native English speaker and Carolina, a women I met on State Street.

The first question: What do you eat in the morning?

In the morning, Dan eats French toast with butter and drinks water. He is an athletic person. Jessica eat cereals and Carolina likes to eat bacon with eggs and pancakes with her coffee but not every day.

Dan told me yes because for him it’s important. Jessica told me yes too and Carolina told me that she don’t really eat healthy. She doesn’t really give an importance to that.

The third question : Do you like to cook healthy recipes ?

Dan told me that he doesn’t really cook. Jessica said yes and Carolina said no because it doesn’t interest her.

Fourth question : If you had the choice between a soda and a fruit juice, what would you choose?

Dan and Jessica would choose the fruit juice and Carolina told me that for her, it depends of the time of the day.

This video shows us how to prepare healthy lunches really fast. Because sometimes, the reason why we don’t eat healthy food is that we miss time for the lunch. So now, no more excuses !

One thought on “TO EAT HEALTHILY IN CALIFORNIA”