My name Is Marcel Bettges and I’m from Germany. I’m 24 years old and the city I live in is called Cologne. Cologne belongs to the biggest federal state of Germany. Germany has more than 82 million citizens and our national sport and our pride is football and, therefore, the German national football team. 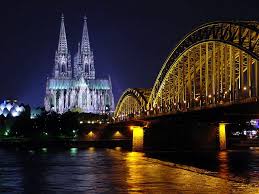 Closely behind football follows tennis. I started playing football and tennis when I turned 4.Both immediately became my biggest passions. The trainers told me that I had a lot of talent and, because of that, it became my most fervent wish to become a professional player in one of these sports.

A long time passed and I did everything to become as good as possible in my sports.

One day I decided to give football a try and everything started well. The fact that I’m a left-footed, there were better chances to get a spot in the team. Everything went well and I got my place in the team and played very important roles for my team. One day we had a very important play-off game. The day started great and I scored the 1:0 goal for our team. Several minutes later, my foot got caught in the grass, but my upper body moved in a different direction. In that moment I destroyed my knee, so that I had to use crutches for the next 7 months. Junior professional contracts are restricted to one year. Because of my injury, I wasn’t able to play football for a very long time and I needed a rehabilitation program, therefore my contract was not extended. In short, I didn’t receive a new contract and because of that fact I lost the passion of this sport.This led into a kind of motivational depression because I didn’t know what to do from this moment on. Thanks to my parents, I had also been very good in school so I could visit the best sports medicine faculty in country. I need competition in my life, so I started to play tennis again. First, just for fun and now, for the last 4 years, I have been playing really well and I have a ranking in the best 100  players of Germany under 25 years old.This was my little story and in the following I’m going to explain the rules of tennis and why it is so easy to fall in love with this sport.

Tennis is the second most famous sport in Germany and currently there is a big boost because of Alexander Zverev.

He is just 20 years old and has already won a lot of trophies on tour. He is the biggest talent of Germany over the last 10 years and a lot of people believe in him. You can play for yourself 1on1 in tennis or a doubles which means 2on2. There is also the possibility that the countries play against each other in the Davis Cup.

There are regular professional tournaments and you can earn points to improve your ranking in the world. Additionally, there are ATP 500 tournaments in which you can earn more points and more money.  Most recently, there are the big 4 grand slam tournaments (French Open, Wimbledon, Us Open , Australian Open)which give you the opportunity to earn more money, fame and points. In order to get a spot in these tournaments, you need a very good ranking or a high status in this sport to earn a wildcard. Every round is a knock out round. In tennis you get the chance to start as an individual, as pairs or mixed. As a rule you earn the highest reputation for playing as an individual. 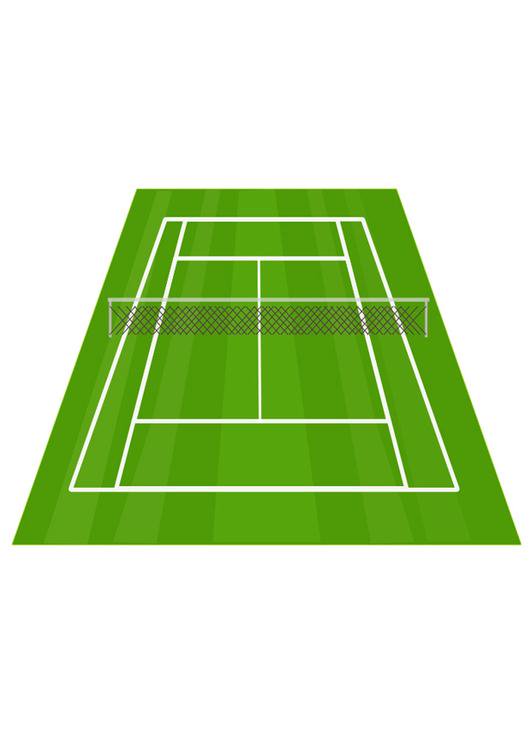 A standard game is scored as follows with the server’s score being called first: 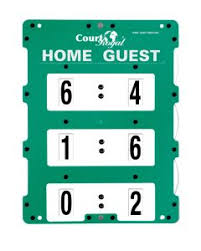 The player whose turn it is to serve shall serve the first point of the tie-break game. The following two points shall be served by the opponent(s) (in doubles, the player of the opposing team due to serve next). After this, each player/team shall serve alternately for two consecutive points until the end of the tie-break game (in doubles, the rotation of service within each team shall continue in the same order as during that set).

The player/team whose turn it was to serve first in the tie-break game shall be the receiver in the first game of the following set.

SCORE IN A MATCH:

Unless a fault or a let is called, the ball is in play from the moment the server hits the ball, and remains in play until the point is decided.

BALL TOUCHES A LINE If a ball touches a line; it is regarded as touching the court bounded by that line

My favorite Tennis Player is Stan Wawrinka. He isn’t the typical tennis player and even his body structure is not the typical body type of a top player, but he has the biggest heart and passion and always gives his best.

Off course there is one player who is the “GOAT” and everybody in this world loves him. His name is Roger Federrer and he is, in my eyes, the best tennis player of all time. Even at his age, he plays the most aesthetic, dynamic and successful tennis. He is like a good wine which means he gets better by getting older. 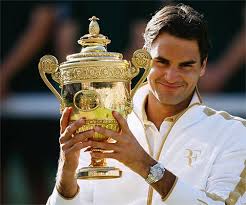