What is the best camera for a beginner? I would say it must be a Sony A6000. To begin with, A6000 uses a mirrorless system, which makes it more portable so we can carry it easily when we go traveling and to family events. Moreover,  the lightweight feature enables us to carry more equipment such as lenses and a tripod which helps to improve the picture.

Personally, I am one of the Sony A6000 users. The first thing that attracts me is its focus speed. It is way faster than other mirrorless cameras. In this case, you may think, focus speed may not be a big deal but in fact, it becomes very significant when the shooting subject is moveable, like sport, kids and pets. Have you ever been in this situation? When you tried to shoot something but it takes a long time to focus on the subject? This won’t occur with the A6000 (in general) because it allows the user to catch what they see immediately.

In addition, it can take 11 shots in a second. When you are shooting at high speed, it can’t be difficult to miss the moment especially when shooting sports. With the high speed focusing, it guarantees that you won’t miss your kids or the player’s movement.

As you can see the picture above, there are not too many buttons on the camera, so it will be easier for the beginner to use. Considering that sometimes people will freak out when there are many buttons and they don’t know which one to press. Furthermore, the A6000 has an electronic viewfinder, which helps people to focus more easily during shooting. It gives you a clearer vision under a strong light environment. This viewfinder can show what the picture will look like, which an optical viewfinder can’t do. For example, if your photo is too dark or too bright, you can notice it in advance so you can adjust it immediately. The screen of A6000 is adjustable. It can flip up 90 degrees and flip down 45 degrees. With this feature, you don’t need to lay on the ground to shoot low angle shots and you can also put your camera higher than the crowd and get some awesome shots. Moreover, hotshoe and built-in flash are other features of the A6000 which allows you to adapt the flash or other equipment. The built-in flash can flip up so the light would become more natural. 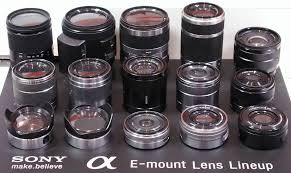 Sony A6000’s lens system is the Sony E-mount. That means all E-mount lenses can be mounted on the A6000. As a changeable lens camera, the advantage is that you can change lenses for different usages. For instance, if you are shooting a landscape, you want to show the imposing view, you might need a wider angle lens to capture as much as view possible into your photo. If you want to shoot the moon or things are far away from you, you will need a telephoto lens to help you.

Another amazing things is that the A6000 can use adapter to adapt other brands lens such as Nikon, Canon and other lens mounting system. Then you just need to buy a adapter and borrow the len that fits the adapter or you can just use your old one.

To summarise, the A6000 is a great photographing and vlogging camera because of its fast focusing speed and 11 shot per second and other useful feature, but there are still a few drawbacks. Firstly, the screen can not flip 180 degree which is not convenient when taking selfie or group photo. Secondly, the battery life cannot compare with DSLR camera, but carrying more battery could be the solution of this issue and the power can stay one day of daily shooting.