January 20th, was the Donald J. Trump’s inauguration in Washington DC. After swearing over two Bibles as the 45th President of United States he affirmed: “Today will be remembered as the day the people became the rulers of this nation again. Thank you, America!”

Thousands of people from all over the United States travelled to the capital of the country to see the ceremony in the National Mall. When the already sworn-in President talked to them, he stated, “they will not be forgotten again”, no matter which political party is in control of the government.

The new President closed his inaugural speech using the same sentence which made him famous during his campaign: “Together we will make America great again.” The speech was about 16 minutes, one of the shortest in the history of the American Presidents’ inaugurations.

After the ceremony, Trump signed his first presidential decrees and legislative documents. He approved the law which allows General James Mattis (called “Mad Dog”) to serve as Defense Secretary; otherwise Mattis couldn’t be appointed to the office because he was only out of the military for seven years. Mattis will still need to be confirmed by the Senate, which is expected on Friday 27.

Additionally, he also signed more documents related to formal nominations for his Cabinet and a proclamation day of patriotism in United States. He was surrounded by his family, Vice-president Mike Pence, his wife and some legislators of both political parties. 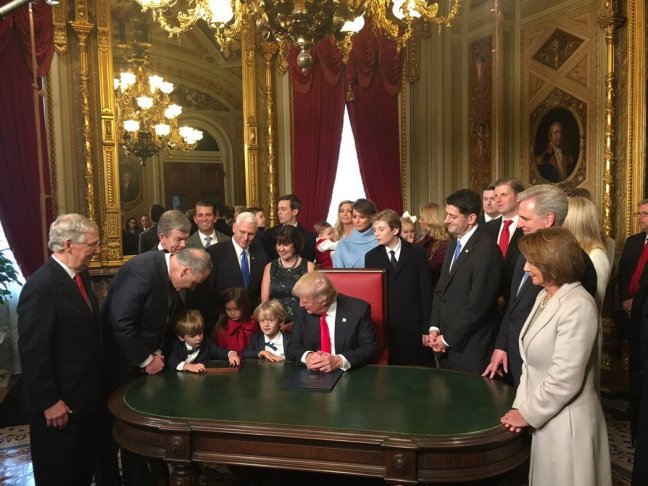 Some days ago he also signed what is known as the Muslim Ban. This means that the citizens of: Libya, Sudan, Somalia, Yemen, Iraq, Iran and Syria cannot enter into the US for a period longer than 90 days. This has resulted in thousands of protests all around the country, including airports, where several people couldn’t pass the security check.

This is just the beginning of the next long four years for the American citizens and also for the rest of the world, because what happens in the U.S affects all other countries. The consequences for Spain are not good at all. First of all, with the Military bases that US has in the south of Spain (Cadiz and Sevilla), Trump wants Spain to pay the U.S because of the “protection”. Another big problem is the nuclear bomb that U.S dropped onto Palomares beach, located in Almeria, south of Spain. Spain has been waiting 50 years for the U.S to take responsibility, and last year the ambassador in Spain said that they were going to clean up the radioactive material from the site; but now, with Trump in the power, the agreement will be derailed.

Nothing good can come from one man who is a racist, sexist and homophobe, and, if he is the President of the first country in the world, we are all in trouble. Up to now, nobody knows what is going to happen next. The only thing that is sure is that the well-known “American dream” has become in “American nightmare”. Now more than ever, God Save America. 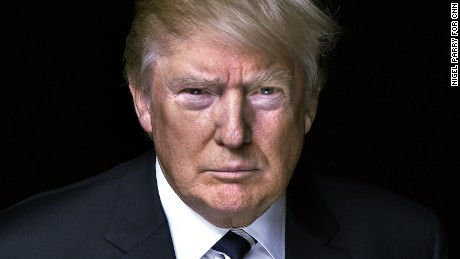