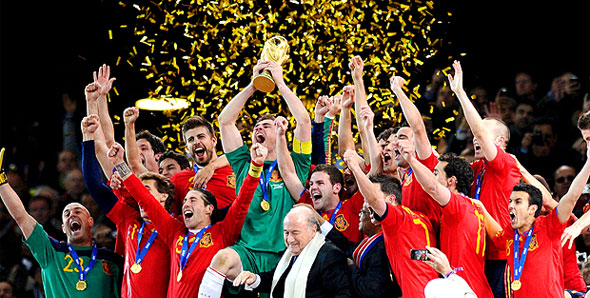 Where it comes from and how they did it nobody knows or they think they know. But the Spanish football clubs are ruling in Europe. Not only the Spanish clubs are dominating but the national team as well. The Spanish football is doing well for the last 6 years, they become champions of the world with the clubs and the country as well. Who can stop them?

The Clubs
Clubs like Real Madrid and Barcelona are at the top of Europe since the beginning. With 3 teams in the top 4 of clubs they are the best in Europe. In 2014 the Champions league final was a completely Spanish final between Real Madrid and Atletico Madrid and this year as well. You think that’s the only league in Europe that they are dominating but in the Europa League there is a Spanish team in the Finals as well. From the last 4 winners of the Champions/Europa League there were 3 Spanish victories. This shows you how the clubs are dominating in Europe.

The National Team
At the moment, the national team of Spain is doing well. They became first in their group of the Euro Cup qualification and they will give everything to become the champions again. They won the Euro Cup in 2008 and 2012 and became champions of the world in 2010. It’s not strange that the national team is doing well because the players play in the top of each competition. They became the best of Europe with their club,  transformed champions in their league or they play in a good team. 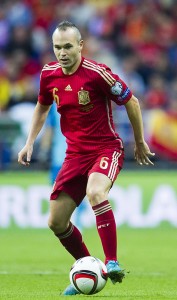 He is a little guy,  got a good technique and he is unstoppable when he gets the ball. I am talking about  Andrés Iniesta. Iniesta become one of the best and important players from Spain. He became world champion with the national team in 2010 and European champion in 2008 and 2012. He won the Primera Division with Barcelona seven times and won the Champions League four times. He is the captain of both teams and, as one of the oldest players, he is an inspiration for the younger generation to achieve the same success.  This was just one example of the players who brought Spain to the level  where they now are.

Now you can see what the domination of Spain includes. Will they still be dominating the world? We will see soon..