A person who writes for newspapers, magazines or news websites or prepares news to be broadcast defines a journalist. Their works are dedicated to helping people better understand the world. However, do you think that journalists should be more pedagogical? As Einstein says “if you can’t explain it simply, you don’t understand it well enough”.

First of all, I would like to share a video with you which shows geographical knowledge of random people. The question “Can you name a country?” was asked in the street.

Most of them don’t know a lot about geography. It seems difficult for them to understand what’s happening in the world, especially conflicts between countries if they don’t know where these countries are located.

Maybe journalists should be more pedagogical and add more geographic and historic details. For example in this short CBSN news, some people will not understand the video if they don’t know where North Korea is located.

To understand the news clearly, the population should be also aware of the history of countries. In this example, it’s important to know that North Korea is located just across from the United States (look down at the map) and that’s why a big nuclear weapon could be a threat for the US population, especially when you know that Kim Jong-un might dare to execute even his own family member. 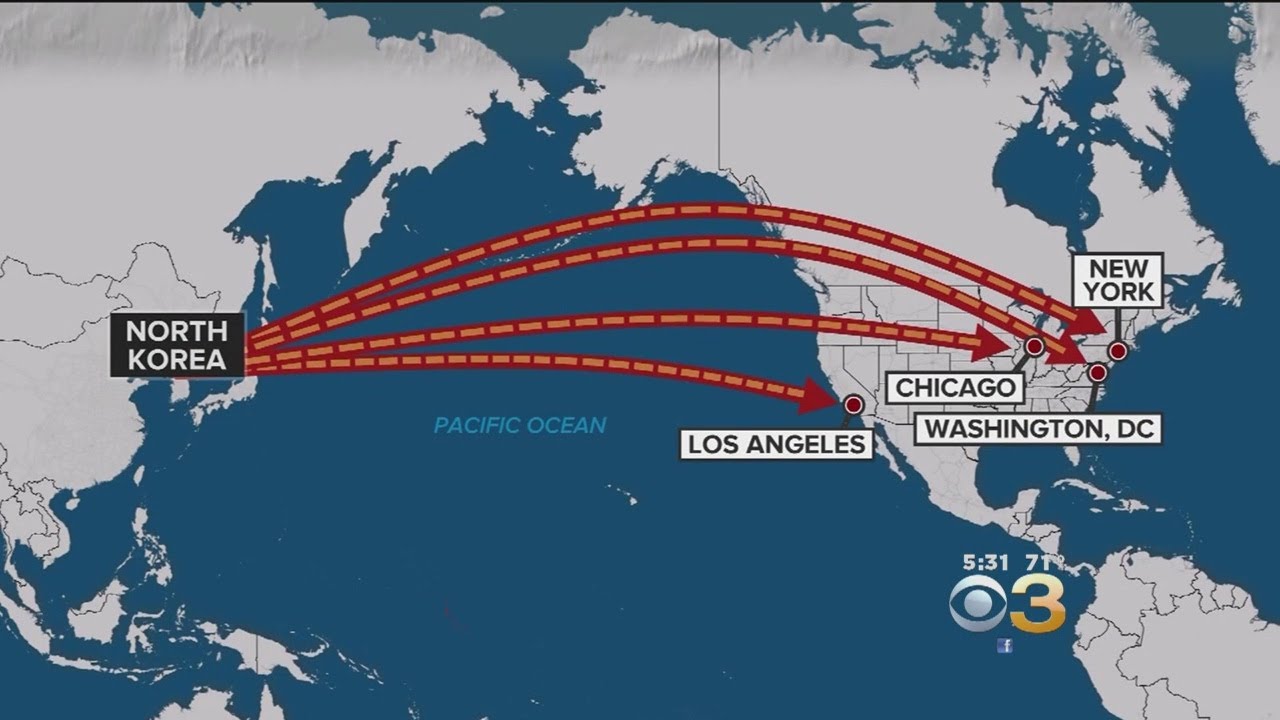 With the same idea, maybe journalists could add not only maps but also time lines. For instance, how could people understand a story easily about the Middle East conflict which started with the first global world war? Journalists should explain it easily with time facts because the history always explains why that started and why it’s continuing. Look down at this example of timeline.

It is the only example that I could find online. However, even this timeline which explains all facts of the US policy and interventions in the Middle East is not clear. That’s the reason why journalists should be more pedagogical.

Nowadays, most of the people are discouraged to read international news. Even if 56% of the Americans are reading newspapers, some of them don’t understand news publications. Some others also can’t read at all. That could be because they don’t have access to the internet or just because they never have the chance to be at school. However, people should know how our world works if they want to vote well or change some aspects.

Finally, the journalists are the only people who can impact the population’s opinions and influence people’s minds. Nowadays, journalists lose their readers because the articles and the news are not pedagogical enough. Everyone can remember the 16th June 2015, when Donald Trump won the American presidential republican election in New York. It was a big surprise ! We could have asked ourselves why the Americans voted for him at this time even if the majority of newspapers supported Hilary Clinton?