Next year, I will return in Santa Barbara with my family to show them the most beautiful place that I have never seen; The Franceschi Park. This park was once the home of famed botanist F. Franceschi. I discovered this place with my SPIN class ”I LOVE SB”. The purpose of this class was to discover the city, and it worked.

The park is located above the city. By car, it is only ten minutes from Downtown or one hour by walking. The location is pretty easy to find. There are direction signs along the way so you can not get lost. It has a panoramic view of the city and it provides a tranquil horticultural resource. A lot of people go there to relax themselves, do sports, walking their dog or just enjoy the view.  In addition to the view of the city, you also have an ocean view. On sunny days, you can easily distinguish the different islands, like : Santa Cruz Island, Santa Rosa Island, San Miguel Island and Anacapa Island. Those four islands are quite far from the waterfront, more than 3 hours by boat. 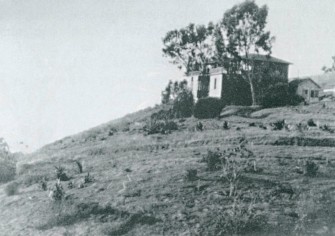 Further into the park, you can observe a house. It was the house of M. Franco Franceschi. This house was used for botanical study and plant cultivation. This one became a botanical nursery for their experiments in plant propagation. Between 1894 and 1913, Franceschi imported over 900 species. He planted an enormous variety of native and non-native trees, like oak, camphor, cinnamon, avocado, banana, candlenut, and many species of citrus and palms. Many kinds of seeds were also grown on this area. Finally, through Franceschi’s efforts, almost 200 new plant species were introduced to California.

One thought on “The Franceschi Park and its History”