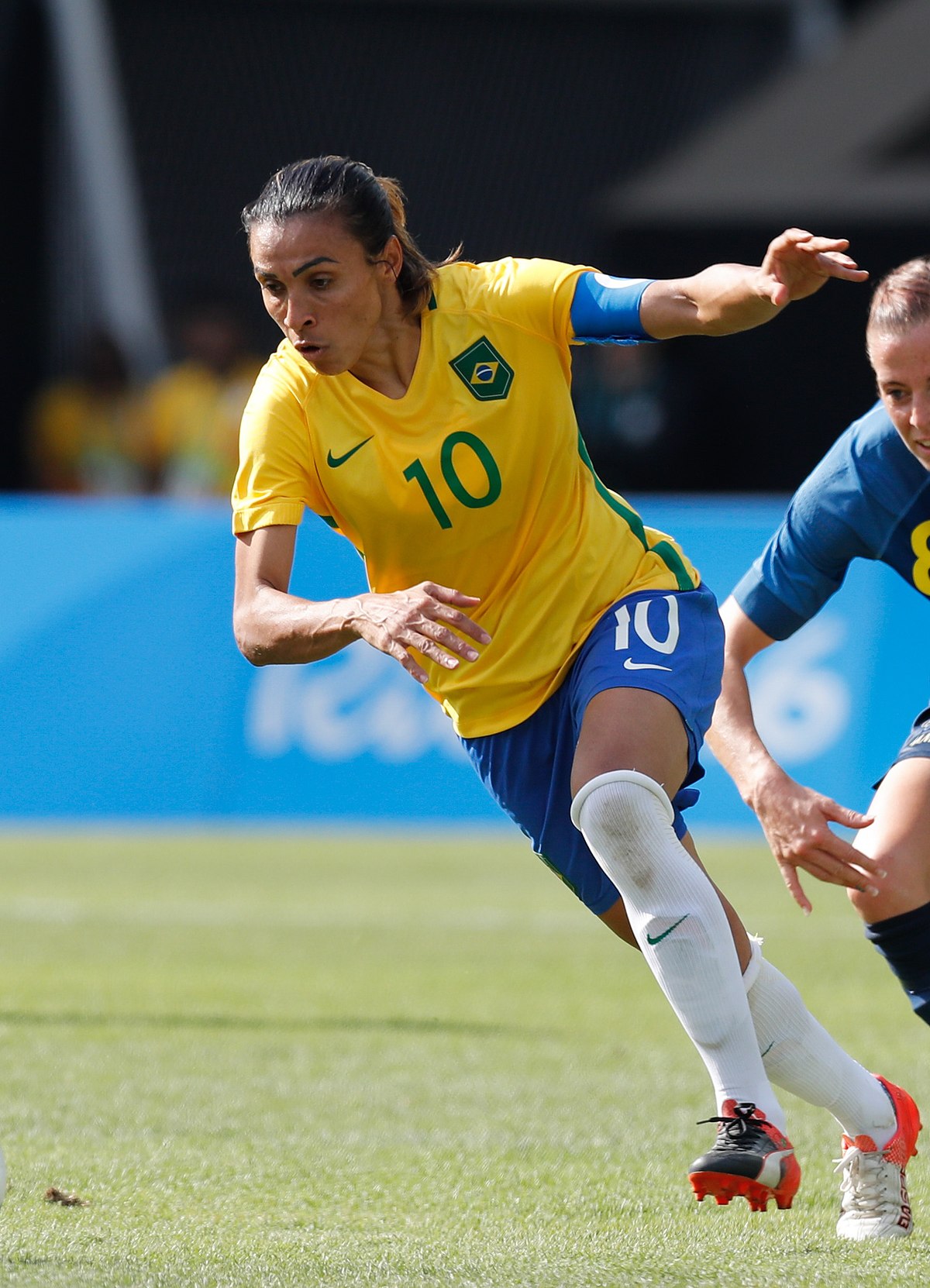 footballer who plays for the Orlando Pride in the National Women’s Soccer League and the Brazil National Team as a forward. With 15 goals, she holds the record for the most goals in FIFA Women’s World Cup tournaments.

I have been playing soccer for four years on a women’s team in a small village. Four years ago, we were still the only girls team in our club and now there are 4 teams – women’s football is becoming more popular! But, of the 265 million football players worldwide, only 10 percent are women.