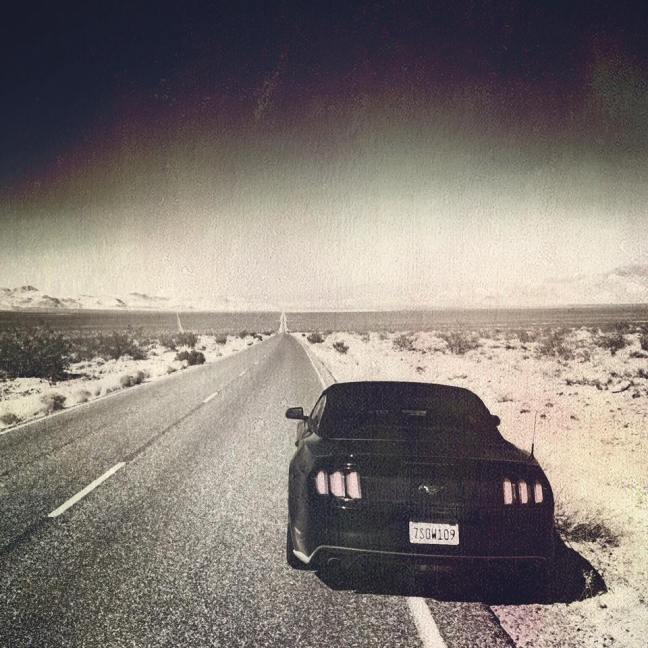 I’ve travelled a lot around the world and gotten to know many beautiful places in the world, but the place I’m interested in most has always been the USA. For the last six years I’ve spent a lot of time in Florida. I was there almost three months per year, but this summer I decided to visit another state in the United States of America. I wanted to get to visit the beautiful cities, landscapes and people in California. The place where nothing seems to be impossible, people enjoy their lives and take it easy. So I started to plan my big trip in December 2015. First, I created the route which my boyfriend and I were going to take. After that I booked all the hotels, flights and rental cars. I had just graduated from school so I had a lot of free time this summer and this would be the beginning of my gap year.

On July 10, 2016 I flew from Munich, Germany to Sarasota, Florida. I was really excited because I hadn’t seen my best friend for six months and I was going to meet her in Florida to celebrate her birthday in Miami Beach. She lives in Santa Barbara und works there as a nanny. After I picked her up from the airport we drove down the Interstate 75 South, parallel to the west coast. It was a five hour drive but we enjoyed the ride. We had a lot to talk about so the time went by fast. Her birthday was amazing because we had so much fun that night on Ocean Drive. The next day we went to Key West – the southernmost point of the United States of America. I love the road we took to get there because it seemed like we were driving above the water. We had to pass a lot of islands to reach the southernmost island – Key West. And when we finally got there it seemed like we were in the Caribbean because the color of the sea and the beaches are so different to the rest of Florida. We spent the rest of the week in Sarasota. It is a beautiful little city on the west coast between Tampa and Fort Myers. Siesta Key is one of the closest beaches there and it has been voted to the nation’s best beach because it has sugary white sand which is 99% pure quartz crystal. 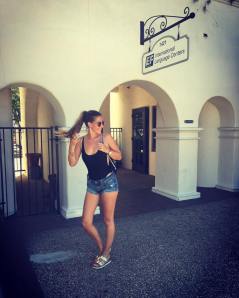 On July 20, 2016, I flew from Orlando, Florida to Los Angeles, California together with my best friend. She had to go back to work again so I met up with my boyfriend at the airport. My plan worked out perfectly because he arrived only 10 minutes after me. We picked up our rental car and spent our first night in Los Angeles. The next morning we went to Santa Barbara. I was so excited to see where I was going to live for the next six months. I fell in love with Santa Barbara the first time I went there. The Spanish architecture and the fact that the sea, the beach and the mountains are so close together make it look so beautiful. 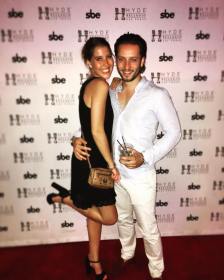 Our next stop was Las Vegas, Nevada. This city is so unbelievably amazing. There is so much to do: a lot of different shows, gambling, music events, etc. Everything seemed so unreal, almost like a plastic world.  We spent the weekend there and on Saturday we went to the Grand Canyon. The changing colors of the canyons during sunset are breathtaking.

After this stunning weekend, we drove northwards and through the Death Valley. We stayed the night in a little town called Beatty which is miles away from civilization. We were at the lowest land surface in the western hemisphere which is called Badwater Basin and also visited a ghost town in the desert. These unforgettable impressions made me think about the good life we’re living compared to people who live in the desert. They have to struggle with their daily lives like where to get enough water to drink and how to survive the heat. I’ve never been to a place with such extreme temperatures. The thermometer was pointing to 127o F. 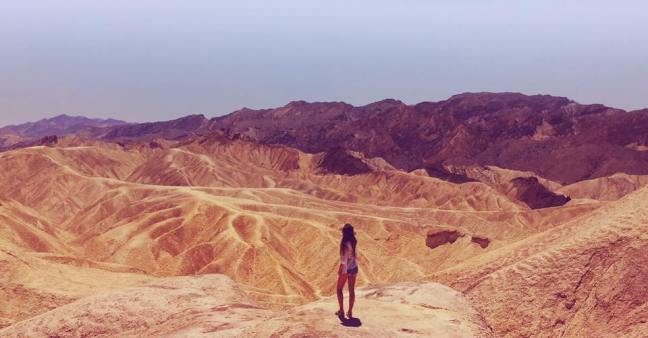 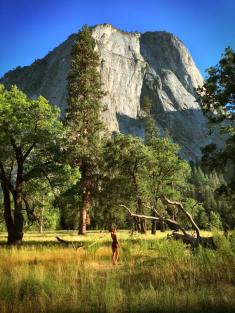 Our next stop was the Yosemite National Park. It took us a long time to get from the entrance of the park down into the valley, but it was worth it. The nature is so beautiful: We saw the famous mountain, called El Capitan. The forest and the waterfalls were breathtaking and we also saw a lot of different wildlife, deer and bears. We stayed that night in Mammoth Lakes, which is a little town at the foot of the mountain. It is very popular for skiing and snowboarding in winter time. At the next day we went to Mono Lake, which is popular for it’s high level of salt.

We also drove to Sacramento that day, the capital city of California. I went to the city’s government office and we could see there how the offices changed during the time. On the next day we finally arrived in another big city – San Francisco. I was really excited to visit all the famous places and Lombard Street was my most favorite place there. This street is known as the steepest road in the city with eight hairpin turns in between there are the beautiful flowers. I also was really fascinated by the fog – it appeared so quickly! Since I became interested in visiting places because of personal reasons I dreamed of visiting the probably most famous prison ever and I was really disappointed when I realized that tickets to visit Alcatraz are sold out months in advance! So we went on a boat tour instead and gained a lot of information about the city itself, its popular places, and also got really close to the island, where Alcatraz is located. 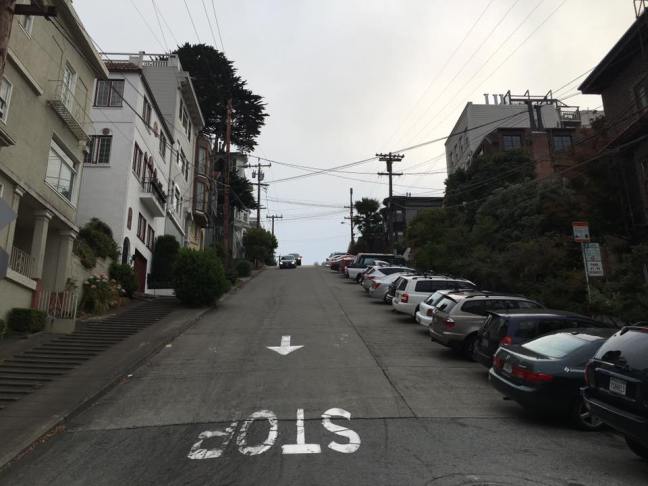 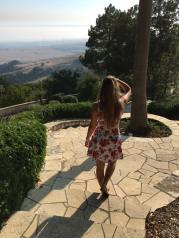 On the next day we drove southwards again and made a quick stop at Hearst Castle to have a look at his beautiful home he built for himself. That is definitely one of the most fascinating places I’ve ever seen because of its history. It is incredible that one person could build a mansion like that and also has the money to afford it. William Randolph Hearst and his architect Julia Morgan started to create this incredible castle in 1919 and stopped in 1947 when he got sick. On his deathbed he said that he only finished half of what he planned to build. After this beautiful day which was full of new impressions and ideas we drove back to Santa Barbara and spent another night there.

After another awesome weekend in Los Angeles we spent the following night in Borrego Springs, which is a really small town in Anza-Borrego Desert State Park. There was really nothing to do, but I still enjoyed a relaxed time in the nature and it seemed like I needed a time out because we visited so many cities. It was extremely interesting for me to see all the different types of nature California has to offer. Our last stop in the Golden State was San Diego. It is the closed city right in front of the Mexican border and this is the reason why it has a lot of Mexican influence. We spent our last few days visiting Old Town, La Jolla and the largest zoo of the whole state.

After almost 5000 miles (~ 8000 km) in 15 days, we went back to Florida. My boyfriend and I met up with my mum at the airport of Orlando and spent another few days in Sarasota. 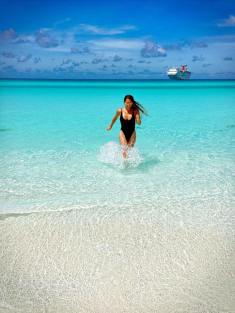 When my boyfriend went back to Germany and my mom and I went to Miami to go on a cruise ship. We spent the first day on the ship cruising towards Half Moon Cay, Bahamas. I was really excited to see how the nature on the Bahamas is compared the Caribbean islands. And when we finally got to the first island I saw the difference. In the Caribbean the beaches are full of palm trees, which I personally prefer, but the sand of the Bahamas is more white and clean – just because there are no plants or trees. I can’t have both, I know, but Half Moon Cay was really amazing. I got to know how it would feel when people are marooned on an island all by themselves, because there were only 21 people living on it. 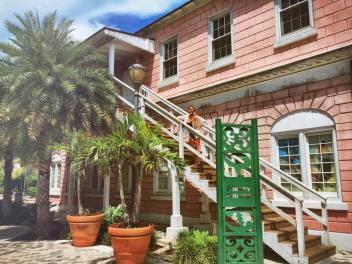 Our next stop was the capital city of the Bahamas – Nassau. It pours on the same charm like the Caribbean islands do. We enjoyed our mother-daughter time sitting at a beach bar and sipping fresh coconuts. After our arrival in Miami we headed up to the south and I showed my mom the same locations like I already had done for my best friend a few weeks before. I took her to the southernmost point of the United States of America – Key West.

We also spent another day in the Everglades of Florida. We fed the alligators and I wrestled with a python. That was one of the most breathtaking experiences I’ve ever had. We stayed that night in Miami Beach and on the next day we drove back to Sarasota and spent the rest of our holidays there visiting the cities nearby. 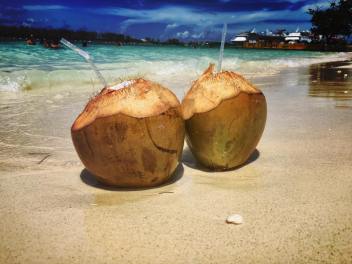 To summarize, it was an awesome summer I spent in the USA and I saw so many interesting places and cities, overwhelming and different kinds of nature and I’m so glad, that I was allowed to spend such a wonderful time of my life with my loved ones. I’m looking forward to seeing the whole world and I’m already excited for my next trip to take place. Wish me luck and I’ll let you know about it!