By Willemijn Vos, The Netherlands 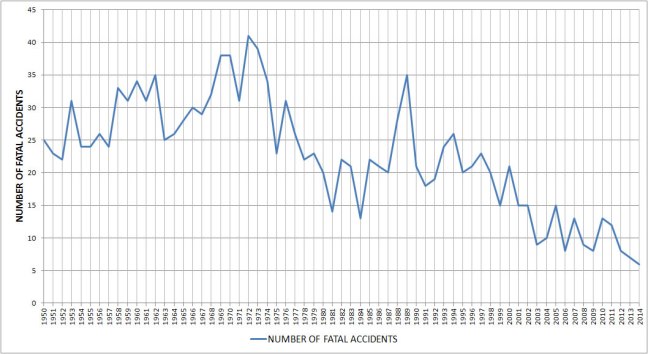 Cause of an air crash

There are 5 most common reasons for an air crash. The first one is the pilot error. 50% of all plane crashes are caused by pilot errors. That may seem like a very high percentage, but it makes perfect sense when a person thinks about everything that a pilot must do. Pilots have to navigate through dangerous weather, respond to mechanical issues and execute a safe takeoff and landing. Some plane accidents are caused when pilots misread equipment, misjudge weather conditions or fail to recognize mechanical errors until it’s too late.

Secondly another cause is the mechanical error. The second most common cause of plane crashes is mechanical error, which accounts for about 22% of all aviation accidents. Mechanical error differs from pilot error, because, when a critical system fails, the pilot may be at the mercy of the plane. Some mechanical errors occur because of a flaw in the plane’s design amd other failures occur when outside circumstances damage the plane. The causes of these failures can be pretty bizarre.

The third one is the weather. Around 12% of all plane crashes are caused by weather conditions. Although flights are often grounded when weather conditions are deemed hazardous, storms, heavy winds and even fog can sneak up on pilots and air traffic controllers. Lightning strikes can be especially dangerous. When lightning hits a plane, it can disable it in many ways, but even milder weather conditions can cause plane crashes

Fourthly is sabotage. Plane crashes that are caused by sabotage draw the most media attention, but they only account for about 9% of total plane crashes. Some sabotaged flights crash because of hijackers, but, despite increasingly strict TSA regulations, some passengers still manage to smuggle bombs or firearms onto planes. When they’re successful, a single passenger can bring down a jet, killing hundreds of people. Although terrorists, extremists or militia groups are usually responsible for attacks like these, this is not always the case. Mentally ill passengers have been known to attack both pilots and passengers, and some have even detonated bombs in an attempt to commit suicide while in flight.

The fifth one is other human error. The bulk of the remaining plane crashes, about 7%, are caused by other kinds of human errors. Some plane crashes are inadvertently caused by air traffic controllers. Air traffic control mistakes have caused planes to crash into mountains, to land on occupied runways and even to collide in midair. When a plane is loaded, fueled or maintained incorrectly, that’s human error, too. One of the more common fatal mistakes caused by humans is something called “fuel starvation” – but this isn’t always the result of an improperly filled fuel tank.

On 24 June 1982, a Boeing 747 from Kuala Lumpur in Malaysia crashed. The reason for the crash was that the smoke of the volcano caused all four engines to stop working. The first sign of trouble came as the plane, which had hit cruising height, headed past Java over the south-eastern Indian Ocean.

Captain Moody, who had left the cockpit for a stroll, was summoned back to the flight deck. As he climbed the stairs of the jumbo jet, he noticed puffs of “smoke” billowing from the vents in the floor and detected an acrid smell.

I think through all these years the security and planes have improved, and there are still new ideas about how we can do it better. I think it will change over the years in a positive way. I am happy to see that the amount of aircraft accidents is decreasing. It is almost impossible to have no aircraft accidents, because everything is controlled by human, and humans can make mistakes. There are factors like the weather that are uncontrollable, but engineers are searching for solutions, for example the solution of flying without a pilot, everything will be done by automatic pilot. We will see what will happen in a couple of years.