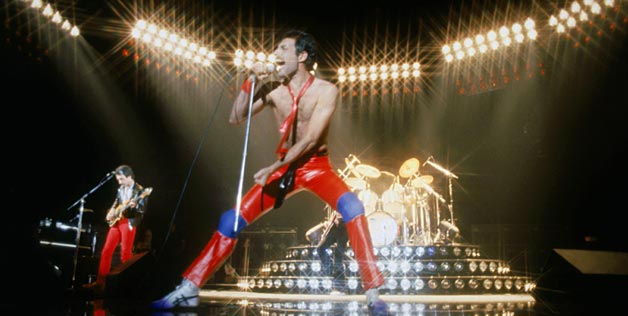 Farrokh Bulsara is the real name of Freddie Mercury. Even his official passport read “Frederick Mercury.” He was born on September 5, 1946 on the East African Island of Zanzibar. He spent his childhood in India, where he attended the St. Peter’s boarding school. Then in 1964 his family moved to London where he studied graphic design at the Ealing College of Art and it’s there that he started using the name “Freddie.”

So he spent his childhood in India, where he started piano lessons at the age of seven. Everybody recognized his talent, but nobody could know he would become so important to rock history. During his life he never thought he was a great pianist. In fact, he was always afraid to play “Bohemian Rhapsody” at concerts, so he started playing the piano less and he danced more. While he was studying graphic design he joined a blues band: The Wreckage. In 1970, he joined the rock band: Smile with Brian May and Roger Taylor, but when he joined the band they changed name to “Queen.”  The last member who joined the band was John Deacon.

In 1973, their debut album “Queen” was released and it was an evolution of rock music! After that, it was history: “Bohemian 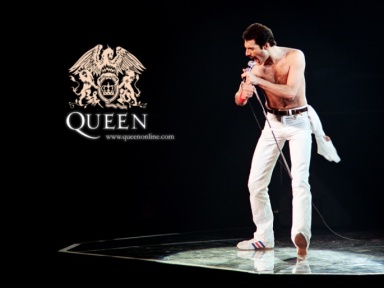 Rhapsody” (1975), “Somebody to Love” (1976), “We Will Rock You”, “We Are the Champions” (1977), “Don’t Stop Me Now” (1978), “Under Pressure” (1982). Mercury revealed that three years after they began, they nearly disbanded. Brian May and Roger Taylor argued about everything and Mercury was the peacemaker. They kept going and they learned from their experiences.

During his concerts and videos he seemed like a crazy man, but in his real life he was shy and he didn’t really talk to people who he didn’t know well. People who had the opportunity to know him said that he was the kindest person they had ever known.

In 1970, he met Mary Austin and they lived together for some years, but in 1976, Mercury told her that he liked men. They always remained friends. He said she was his best friend and he often refered to her as his only true friend. In 1985, he began a long-term relationshi 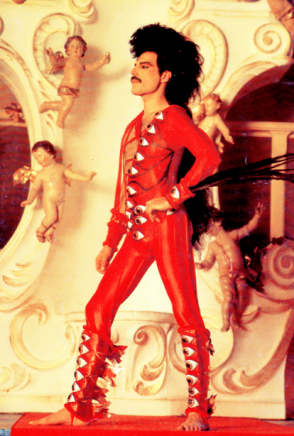 p with Jim Hutton, hairdresser. During his many relationships he did extreme things. For example, once he was on a US tour and he found out that the man he was seeing, Tony Bastin, had been seen out with another man. So he paid for a flight for Bastin saying he wanted to see him. When he arrived, Mercury told him it was over and put him on the next plane back to London. He also kept Bastin’s cat.

Hutton was HIV – positive. In fact, he infected Mercury who found out in 1987. He knew that he was dying and you can feel it in the Queen’s last album, for example, in the song “The Show Must Go On”, which describes Mercury’s effort to continue to perform despite approaching the end of his life. Hutton lived with him for his last six years and he was present at Mercury’s bedside when he died in November 24, 1991.